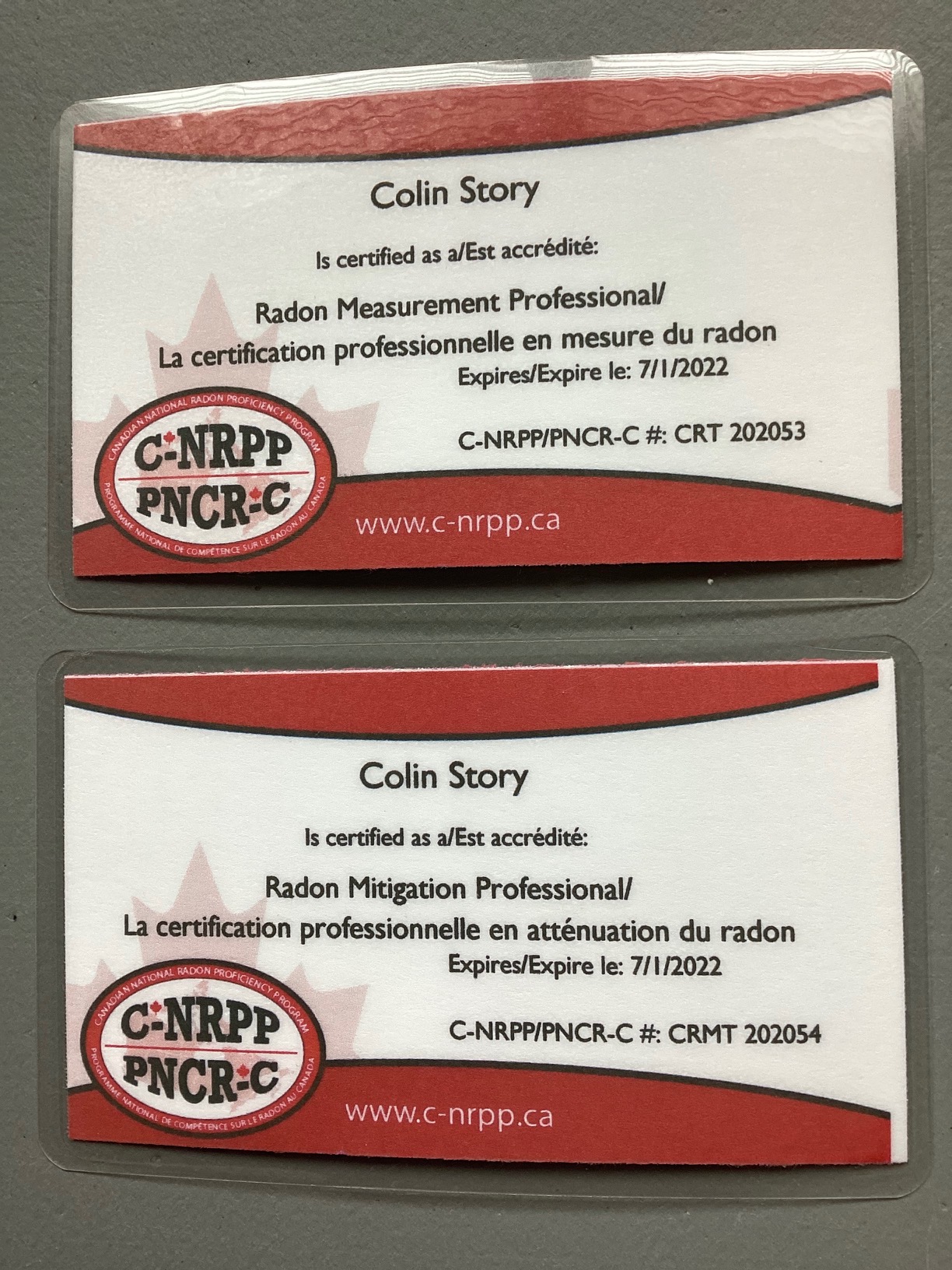 I get this question a lot!

I met a homebuilder at the gym back in 2015 or 2016 who began telling me about radon and the risks of long term exposure. I was very skeptical of a gas that was invisible, odorless, tasteless, and otherwise undetectable by human senses that cost a bunch of money to remedy. After much research I realized that this was in fact a valid health concern.

This homebuilder was one of the first people in Alberta, and possibly Canada, to go to the U.S.A. to become certified for radon measurement (testing) and radon mitigation. There was no Canadian radon certification at that time. With his newfound knowledge of this deadly gas, the homebuilder began to install provisions called “rough-ins” for future radon mitigation and began Alberta’s first radon company in 2009. This was all done prior to the building code requiring radon consideration which began in 2016.

I decided to help him on a couple radon mitigation jobs in Calgary and slowly worked towards a full time position as the lead installer and estimator for his radon business. During my tenure I was also involved in designing radon mitigation systems for new-construction schools in Calgary, Edmonton, Medicine Hat, and other locations throughout Alberta, plus inspecting them for Alberta Infrastructure requirements. I also oversaw two years of deploying and retrieving thousands of long-term (alpha-track) radon testers for the Calgary Board of Education as well. After a couple failed attempts at a partnership deal, I began RADONreduction where I have specialized solely in residential radon mitigation in Calgary and the surrounding area.